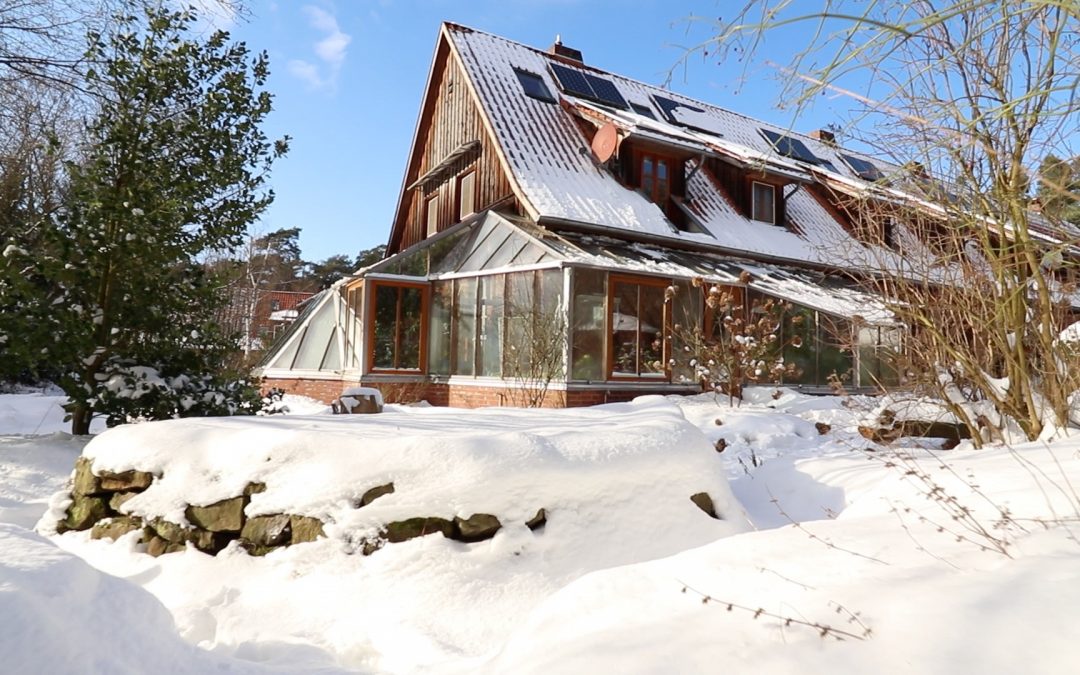 This building, here described as a solar-retrofitted house, was originally accommodation for munitions-factory workers, built in 1938 to 39. As part of the new ecovillage Lebensgarten Steyerberg in Germany, Declan and Margrit Kennedy revamped it as a dwelling house with adjacent planning office, beginning 1985. Because of the solar components of the wrap-around greenhouses, it took 9 months for permission and 3 years to complete.

This documentation shows an holistic approach, where house, pond and large garden are designed upon the restrictions of an building meant for another use. In retrospect the Kennedies had internalize the 12 Principles of Permaculture that were only defined by David Holmgren in his 2002 book “Principles & Pathways Beyond Sustainability”.

We hope to assist others in their work of ecological retrofitting which we see as one of the main tasks for the rest of this century.